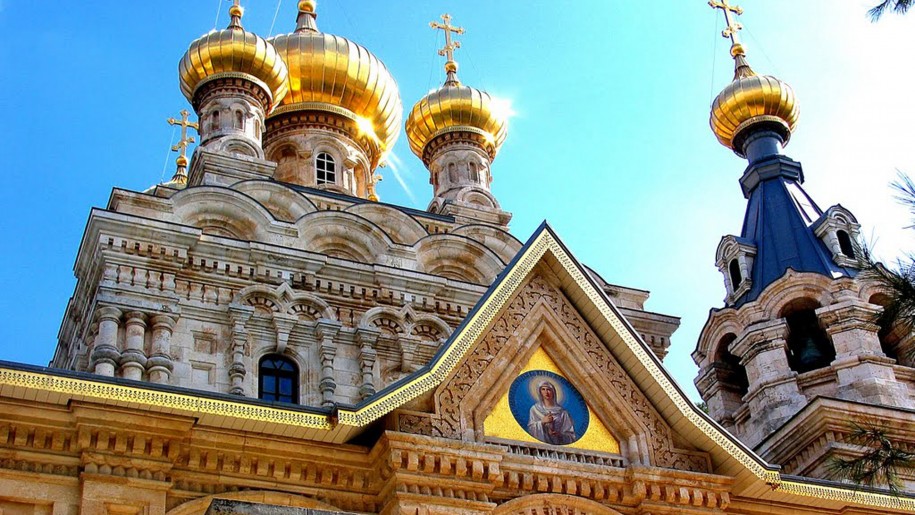 Museums and churches all around the world are places that hide centuries preserved treasures, people travel to see. They amaze with their size, architecture, and sometimes the place where they were built.

Whether you enjoy Renaissance paintings, ancient sculptures or want to see contemporary art, this is a special treat for all museums and churches lovers; we give you the ultimate list of the most beautiful churches and museums in the world.

Officially, the most beautiful church in the world was built by Ivan the Terrible in 1561 after the victory over the Kazan Khanate.

Nine smaller churches were built on a common foundation, connected by galleries. It was named after a saint who predicted a great fire.

The gathering of churches and hermitages in Ethiopia’s Lalibela is called the “New Jerusalem”. God himself, through his “deputy” Lalibela, with the help of angels, created the only “Holy Mountain” in Orthodox Africa! Lalibela is a descendant of Solomon and the Queen of Sheba, and in 24 years he built the capital and the entire monastic settlement of 11 churches, chapels, crypts, hermitages, and tunnels that connect the churches.

The oldest monastery in the world is dedicated to Saint Catherine and is located below Mount Sinai, at the place where the Lord addressed the prophet, Moses. The monastery was built by Empress Jelena in 330.

According to holyart.com, the monastery has the second largest collection of manuscripts in the world. Only Orthodox people can enter the treasury and kiss the hand of St. Catherine.

Parts of the cathedral are actually the remains of a Moorish mosque, and when Ferdinand III of Castile conquered Seville in 1248, he immediately began baptizing the mosque. In 1401, the city leaders decided to completely demolish the damaged parts of the old cathedral and build a new cathedral, which should surpass all existing ones in size and impressiveness.

The golden domes of the Church of Mary Magdalene Equal to the Apostles illuminate the whole of Jerusalem, and it is located on the Mount of Olives. It belongs to the Russian Church Abroad, and a part of the honorary cross is kept in it. Above the altar is a large icon depicting Mary Magdalene handing a red egg to Emperor Tiberius in Rome.

6. Church of the Transfiguration, Kizhi in Russia

In Karelia, on the island of Kizhi in Lake Onega, the famous Church of the Transfiguration is located. Several precious wooden churches have been preserved in this holy place. The Church of the Transfiguration of the Lord was built in 1714, as part of the victories of Peter the Great over the Swedes. The church has the shape of an octagon, three levels, twenty domes on the structure. The dark walls are made of pine, and the shiny silver domes are covered with more than 30,000 densely packed ash roof tiles.

Located in the center of the Spanish capital, the Prado is the most sought-after place for art lovers. Those responsible for founding the museum are members of the Spanish royal family, which over the years has collected an incredible collection of works of art that can be seen in the Prado today.

The Prado has large collections of Italian (including Titian and Raphael) and Flemish artists. Fernando VII opened the collection to the public in 1819, in the same neoclassical building in which it is housed today. The stars of Spanish paintings such as Velázquez, Goya, Ribera, and Surbaran are right here.

The British capital is full of great museums, but this one is truly remarkable. Located in Kensington, founded in 1852 and named after the British royal couple, Prince Albert and Queen Victoria is the world’s largest museum of applied art and design. Of the 4.5 million exhibits, it boasts the largest collection of neoclassical sculptures in the world, as well as the largest collection of Italian Renaissance exhibits outside Italy. His Far Eastern collection, in addition, to South Asia, China, Japan, and Korea is reputed to be the best in Europe, and the collection of Islamic art goes on top of that of the Louvre in Paris and the Metropolitan Museum of Art in New York.

The largest research museum complex in the world, it contains 19 museums and galleries, a zoo, and research stations. It contains about 137 million items with a detailed story about how they got there. It takes 7 days to tour the entire museum space. There is so much to see, it is believed that if you would just look at every object in the exhibition for a minute, it would take you 10 years to visit it in its entirety. Therefore, it is not advisable to visit the whole complex, but a planned tour with a focus on what interests you the most.

The world’s most famous museums are probably the best explanation for the famous claim that “travel is the only thing you buy that enriches you at the same time”. Although attractive tourist destinations offer many breathtaking views, none of them can compare to walking the corridors of the Louvre in Paris or the Metropolitan in New York, while you are surrounded by works that define art and “talk” about the times to which they belong.

So, if you find yourself traveling to one of the places where these gems from our list are located, make sure to visit and witness their remarkableness.

7 Tips How To Travel With A Baby

Study Abroad Scholarship & Grants to Apply for In 2023

How to Plan a Disney Trip: Ultimate Guide for First-Time Travelers

Where One Should Stay in Taiwan 2023? 6 Perfect Hotels & Areas