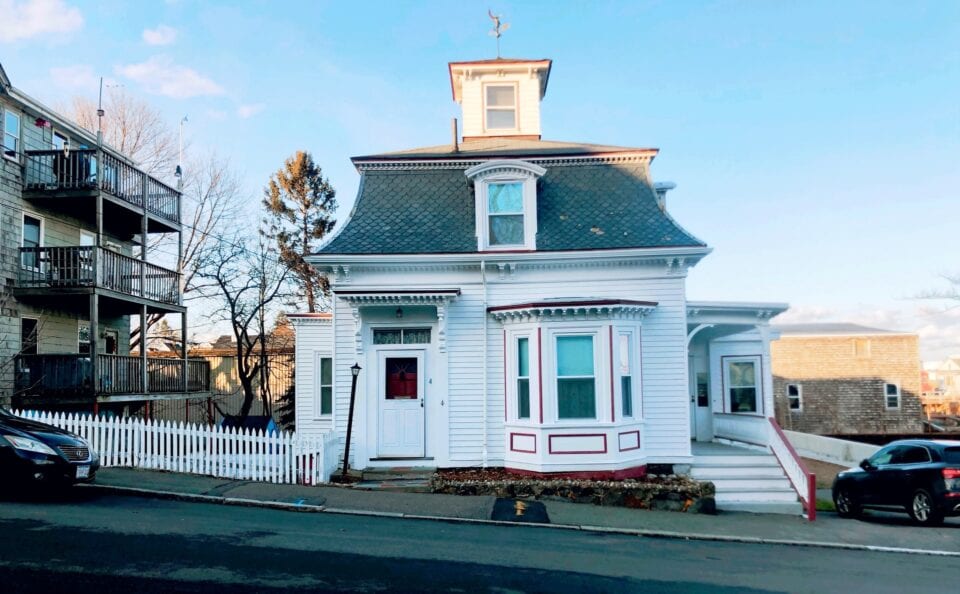 Salem Massachusetts was once one of the most important ports in the nation. Salem is just 16 miles north of Boston and a 30 minute drive. Train service is available on the Newburyport/Rockport Commuter Rail Line from Boston’s North Station. Ferry service from Boston is available with a fast, comfortable ride in only 45 minutes from Boston’s Central Wharf, home of the New England Aquarium.

Follow the Red Line:
Many of these sites, along with Salem’s excellent museums and attractions, are linked together by the Red Line painted on the sidewalk. Use the Red Line to help you navigate your way through Salem and American history! The printed Red Line is available in the Official Salem Visitor & Travel Guide and Salem Best Maps. Both publications are available throughout the City.

Salem Witch Trials Memorial
Standing as a reminder of the lessons of tolerance and understanding learned from the Salem Witch Trials, the memorial creates a quiet, contemplative environment in which to evoke the spirit and strength of those people who chose to die rather than compromise their personal truths. The memorial is located behind the Old Burying Point on Liberty Street between Charter and Derby Streets.

The Customs House Salem
There has been a Custom House in Salem since 1649, collecting taxes on imported cargos first for the British. The work of the Customs inspectors, and the office of Nathaniel Hawthorne, the famous American author whose three-year-long stint in the Salem Custom House inspired his classic novel, The Scarlet Letter. Famous author Nathaniel Hawthorne was also born in Salem, and wrote many of his stories about this city.

Friendship
Salem is home to the tall ship Friendship. Still under construction, Friendship is a scale replica of a 1797 East Indiaman merchant tall ship. At 171-feet in length, Friendship is the largest wooden, Coast Guard Certified sailing vessel to be built in New England in the twentieth century!

Peabody Essex Museum
The oldest continually operated museum in the country and was founded by sea captains in 1799.

Witch Trials:
Today, visitors to Salem have the opportunity to reflect upon the tragedies of the Witch Trials of 1692 at the Witch Trial Memorial. The award-winning memorial was dedicated in 1992 by Nobel Laureate Elie Wiesel to commemorate the tercentenary of the Salem Witch Trials. Standing

The stories of the Salem Witch Trials of 1629 are told at the Salem Witch Museum, Salem Wax Museum of Witches & Seafarers, Witch Dungeon Museum, Witch History Museum and the Witch House. The original witchcraft papers from the trials are displayed at the Peabody Essex Museum.

House of Seven Gables
The House of the Seven Gables inspired author Nathaniel Hawthorne to write his legendary novel of the same name.

Newly Revised Edition! The McIntire Historic District Walking Trail. Salem is well known for the beauty of its architecture. This one hour long self-guided tour will show you around one of the most spectacular areas of the city.

Bowditch’s Salem: A Walking Tour of the Great Age of Sail. See Salem at its most glorious through the life of the famous navigator Nathaniel Bowditch.