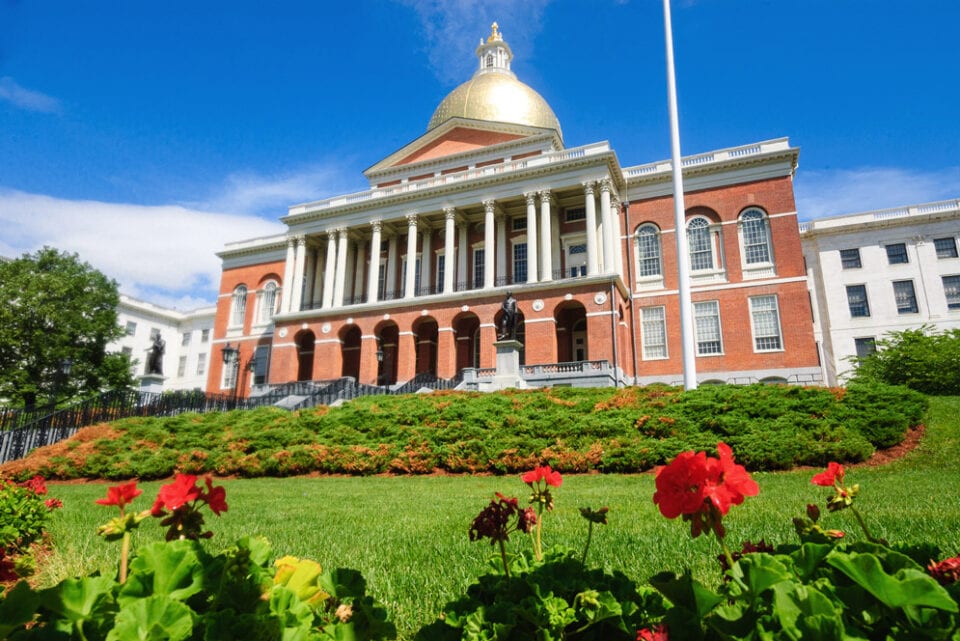 The Massachusetts State House with its 23-carat Gold Dome is located on historic Beacon Hill. The original Dome was covered in Copper by Paul Revere – to stop the leaking. The State House was designed by Charles Bulfinch and opened in 1798. Today it is the oldest building in Beacon Hill and still serves still as the State House of the Commonwealth.

You can take an 30-minute architectural tour of the State House to see historic artwork and statues. Highlights include the House and Senate Chambers, and the famous Sacred Cod, which hangs over the House of Representatives. On the grounds, there are statues of JFK, Daniel Webster, Horace Mann, Joseph Hooker. The State House is nicknamed the Hub – origin is from Oliver Wendell Holmes who once called the Mass State House the hub of the solar system. Located opposite the State House is the monument to Robert Gould Shaw and the 54th Massachusetts Regiment, the starting point for the Black Heritage Trail.

Boston Center for the Arts