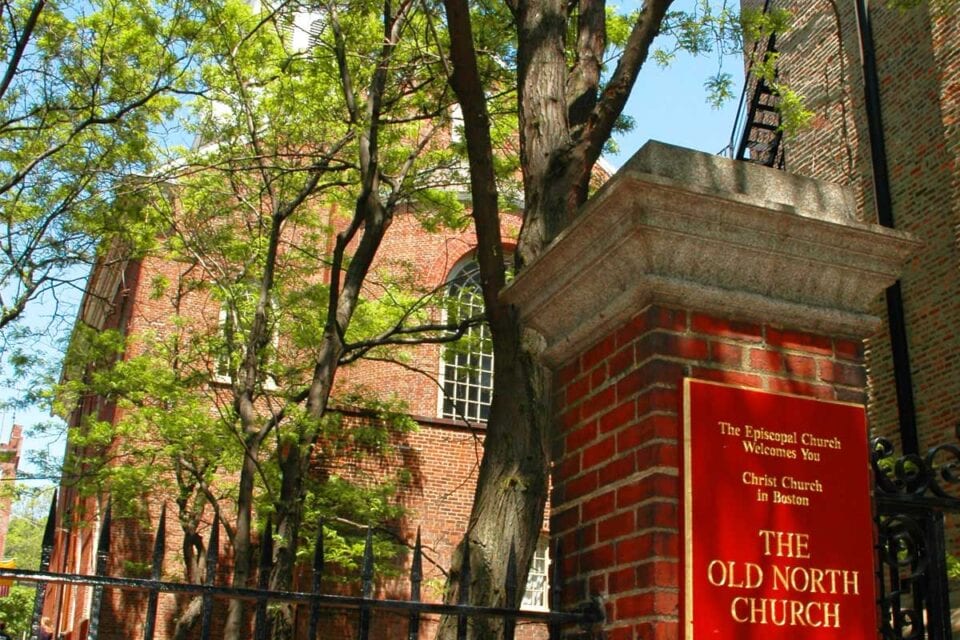 The Old North Church was built in 1723 in the Georgian style following Christopher Wren. In this rare and beautiful building – that is still an active Episcopal church – art, history and faith meet in a special way. It was from the steeple of the Old North Church that the two lanterns closely associated with Paul Revere were hung by Robert Newman, Church sexton, on April 18, 1775, igniting the War for Independence and leading to the birth of our Nation. The Old North Church is part of the Episcopal Diocese of Massachusetts. Inside a bust of George Washington from 1815. The oldest bells in North America are at The Old North Church, hung in 1745.