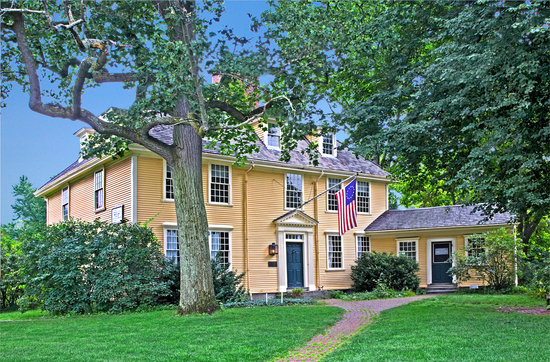 Although best known as the headquarters of the minutemen, Buckman Tavern is also note-worthy as one of Lexington’s busiest eighteenth century tavern – its central location making it convenient both for churchgoers during their Sunday nooning and for drovers bringing their herds to market.

The interior of Buckman Tavern appears today very much as it did on that fateful morning in 1775, having been restored in the 1920’s by the Lexington Historical Society. During this restoration, the original seven foot-wide taproom fireplace was rediscovered and the bar was reinstalled. Among the many items on display is the old front door, with its bullet hole made by a British musket ball during the Battle, and a portrait of John Buckman, the proprietor of the tavern in 1775.