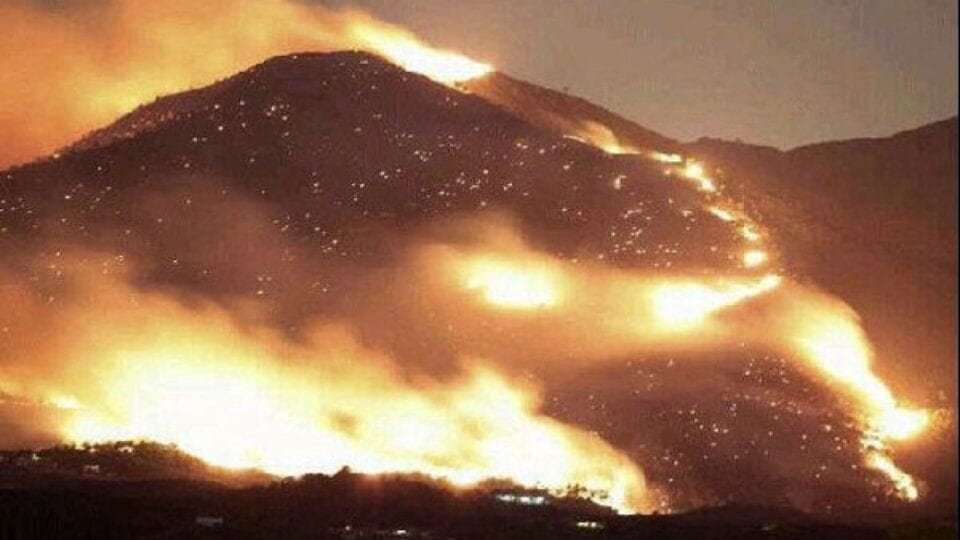 Several parts of Mijas were again threatened by ﬁres once again this week. The fires started in Coín on Thursday (Aug 30th) and spread rapidly, aided by strong winds. As the fires spread to Alhaurin El Grande and Mijas, emergency services battled with the fire and the evacuation of local residents in danger.

Residents from Las Cascadas in Calahonda and La Cala Resort in Mijas golf were evacuated from their homes Friday (Aug 31).  Mijas town hall reacted quickly and several centers were set up in government buildings and the Mijas racecourse for the evacuees to receive assistance and help from the local red cross. Some residents were taken to hospital with burns and the toll road was closed as the fires proved difficult to control.

Eventually, the fires were controlled with over 400 firefighters and military emergency members working around the clock. 25 aircraft were used to drop water on the fires and prevent them from reaching major residential areas. Local government sources have stated that these were the worst fire in the Malaga region for 20 years with an estimated 5000 hectares of forestry destroyed.