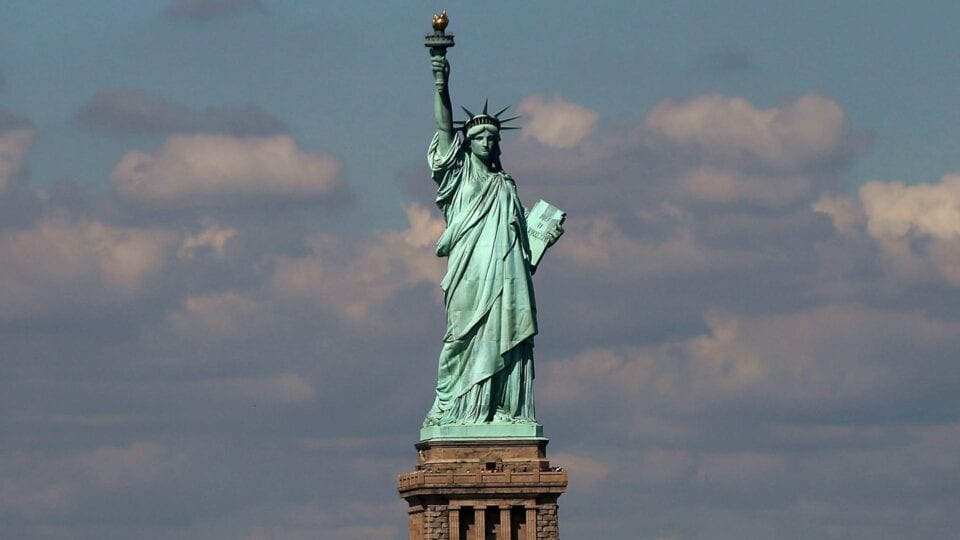 The Statue of Liberty, designed by Frederic-Auguste Bartholdi, is one of the most famous symbols of freedom. It was dedicated in 1886 and named as a National Monument in 1924. France gave the Statue to the United States in recognition of the friendship established during the American Revolution. The statue was shipped in 300 copper pieces packed in 214 crates.

The Statue of Liberty on Liberty Island and the Ellis Island Immigration Museum on Ellis Island are located in Lower New York Harbor, a mile from Lower Manhattan. Liberty and Ellis Islands are accessible by ferry service only. The ferry company posts schedules on-line at: www.statueoflibertyferry.com. Peak season are the months of June through September. Holiday and weekend can also be quite busy.

The Statue’s crown and torch are not accessible, however guided tours of the island’s grounds are offered free of charge. The public has access to the Lobby, Promenade, Museum, Fort Wood and the 10th Floor Pedestal Observation Level (monument access requires a time pass). In the lobby is the original torch from the statue. The Statue of Liberty Exhibit examines the history of the Statue of Liberty and includes photographs, prints, videos and other historical objects. The promenade offers a great view of the statue and New York Harbor.

Just for Kids – There is a Junior Ranger Program for kids at the Statue of Liberty. A self-guided tour that gives children an opportunity to learn about Lady Liberty.