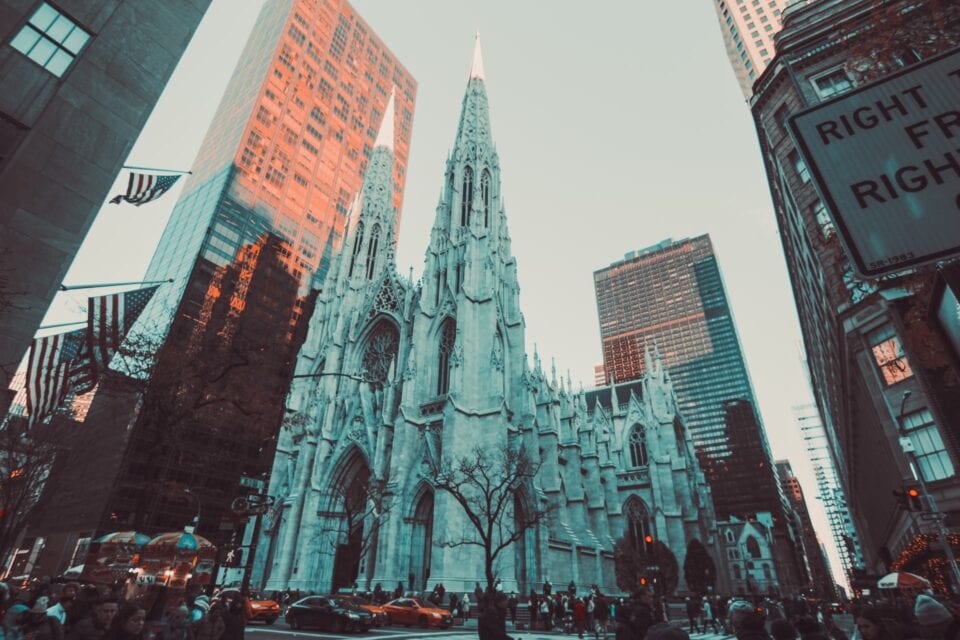 For over 125 years, the Cathedral of St. Patrick has enriched the spiritual lives of countless New Yorkers, as well as visitors and tourists from all areas of our world. Over five and a half million visitors each year come to visit and pray. St. Patrick’s Cathedral is the seat of the Archbishop of New York, Edward M. Egan. It is the largest decorated gothic-style Catholic Cathedral in the United States and has been recognized throughout its history as a center of Catholic life in this country.

The cornerstone was laid in 1858 and her doors opened in 1879, it was over 150 years ago, when Archbishop John Hughes announced his inspired ambition to build the “new” Saint Patrick’s Cathedral. The exterior was restored during the episcopate of Cardinal Spellman who saw to the completion of the stained glass windows as well as a new main altar and baldachin. Both interior and exterior were completely restored to their original beauty during the years when Cardinal Cooke was Archbishop.