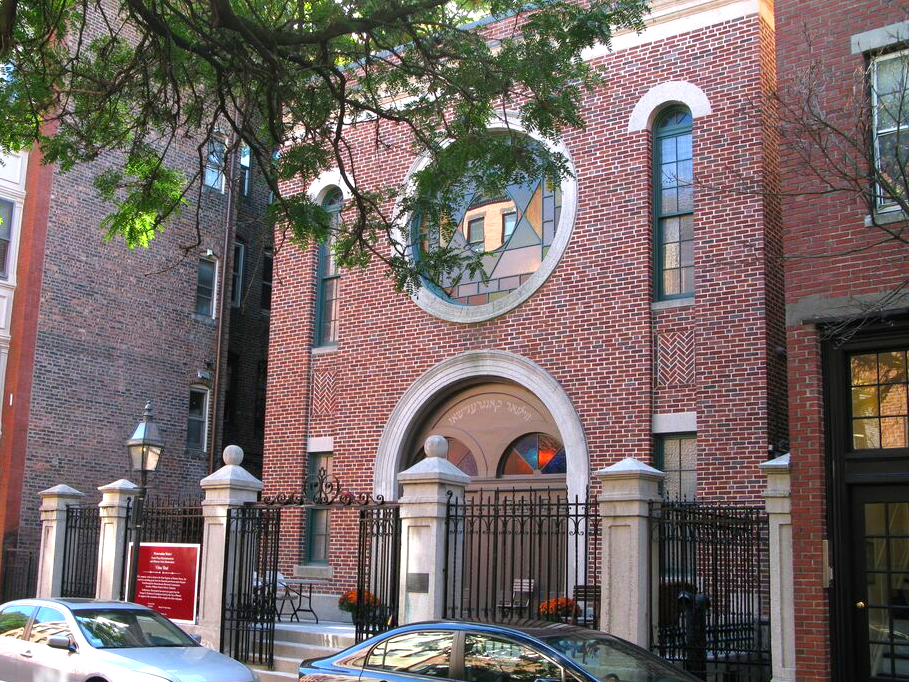 The Vilna Shul, built in 1919 by Jews from Vilnius, Lithuania, is Boston’s only Jewish historical, cultural and spiritual site. It is the only immigrant era synagogue in the City of Boston that still has a Jewish purpose. Although the original congregation left the building in 1985, The Vilna Shul, Boston’s Center for Jewish Culture, was founded in 1990 to buy the building and restore it as a Jewish landmark and cultural center. The acquisition was completed in January of 1995. Today people can visit the Vilna Shul, one of the only authentic buildings remaining in the West End of Boston, to tour the historic painted sanctuary and exhibit about Boston’s Jewish history entitled Reconnect to the Tapestry.