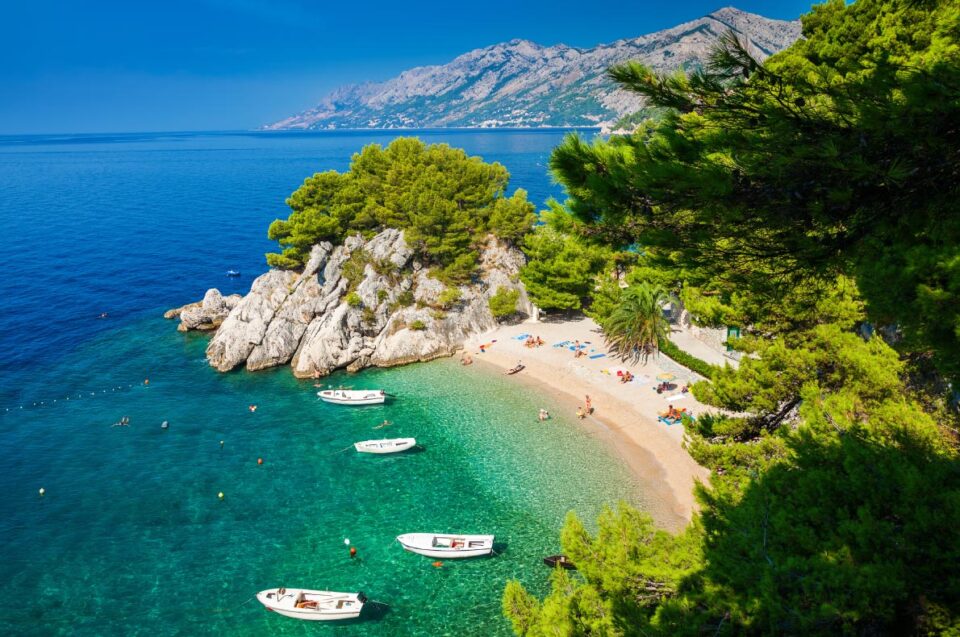 Croatia is one of the most popular summer destinations in Europe, especially in recent years, after many investments in the infrastructure of the country, and many new hotels. Set on the Adriatic Sea, Croatia has one of the most beautiful beaches in this part of the world.

On most beaches in Croatia dogs are prohibited, and the owner can get fined if he ignores this, especially if the beach is full of people. Meanwhile several communities have noticed that there are a considerable number of tourists who would like to bring their dog to Croatia. As not everybody likes to be swimming or sharing their beach with a dog, these communities have now opened special beach sections or even entire beaches as dog beaches. For more information on dog-friendly beaches in Dalmatia, Croatia check here.

However, the wonderful beaches are not the biggest attraction that Croatia can offer to its visitors, because of the amazing islands, which this country has more than 1000. Almost every island has something unique besides the wonderful sand beach. In this article, we are going to present to you the best beaches that you should visit on your vacation in Croatia.

If you like long walks by the sea, then the Queen`s beach might be the perfect place for you. The location of this beach is near Zadar, which is one of the biggest cities in Croatia. Also, there is a spa treatment near this beach, where people are bathing in the mud from the sea.

Lovrečina is one of the best beaches on island Brač. Also, this island is rarely crowded, because of the lack of infrastructure, and connection with other parts of the country. However, this represents a benefit for many people who decide to visit this island and Lovrečina Bay.

The beach Grebišće is the most popular one on the island Hvar, mostly because it is the only one with sand instead of stones. The beach is quite wide, and there are several bars where you could enjoy some drinks or a snack.

The beach Proizd is close to the Island Korcula, and it looks like every other beach on first sight. However, this beach is one of the most popular in the whole of Croatia, mostly because it is a great mixture of rocky and sandy beaches.

The Island Kupari offers a completely different experience to its visitors. First of all, it was the resort for the Yugoslav army, and Croatia was part of Yugoslavia until the 90s and civil war. You can choose from visiting the medieval city of Dubrovnik and enjoy the art and culture of this place, or go visiting some damaged hotels and other buildings, that are still untouched since the war during the 90s occurred.

Spiaza beach is on the island Susak, and it represents a wonderful sandy beach which is very shallow, which means that you can walk a few hundred meters away to be able to swim. The attendance of tourists is reduced because heading to this island is not so easy.

This island is near the biggest city in Croatia that is on the sea, Split. The Bacvice beach is a very popular destination for families. There are many restaurants and bars, where you can rest and eat some local food at any time.

The Uvala Dubovica is the most popular bay on the island Hvar. This bay and the beach are always crowded, and since there are not so many places for parking, our best advice is to rent a bike or a scooter to prevent struggles with parking lots, which are limited to only 50.

Reasons Why wedding in Vegas is a great idea

5 Ways to Find a Date While Traveling on Business

7 Tips How To Travel With A Baby