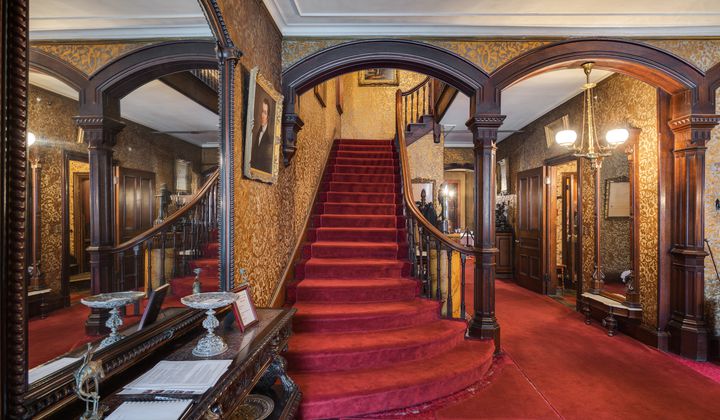 The Gibson House represents Amercian domestic life at its most vertical. From the 1850s to the 1870s, American row houses sometimes reached a height of six levels. By the end of the century four-level houses were most common, only occasionally going to five. Four of the Gibson House’s six levels are open to the public (ground – third floor.) The fourth and fifth floors are museum staff and storage spaces.

The collections of the Gibson House Museum represent an extraordinary array of family possessions accumulated over the three generations of the family’s residence in the house. Representing the late eighteenth through the early twentieth centuries, the collection is made up of items inherited through the Gibson, Hammond, Russell, Warren, and Crowninshield families, offering a unique window into the lives of the Gibsons, and rare and complete documentation of Victorian material culture.