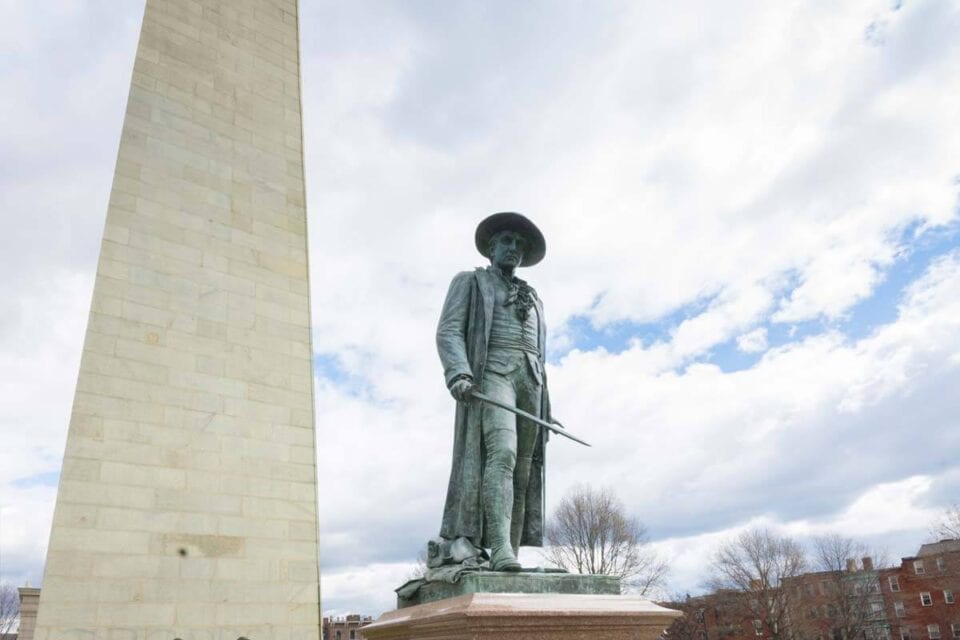 “Don’t fire until you see the whites of their eyes!” This legendary order has come to symbolize the conviction and determination of the ill-equipped American colonists facing powerful British forces during the famous battle fought on this site on June 17, 1775. The battle is popularly known as “The Battle of Bunker Hill” although most of the fighting actually took place on Breed’s Hill, the site of the existing monument and exhibit lodge. Today, a 221-foot granite obelisk marks the site of the first major battle of the American Revolution.

The first monument on the site was an 18-foot wooden pillar with a gilt urn erected in 1794 by King Solomon’s Lodge of Masons to honor fallen patriot and mason, Dr. Joseph Warren. In 1823, a group of prominent citizens formed the Bunker Hill Monument Association to construct a more permanent and significant monument to commemorate the famous battle. The existing monument was finally completed in 1842 and dedicated on June 17, 1843, in a major national ceremony. The exhibit lodge was built in the late nineteenth century to house a statue of Dr. Warren.