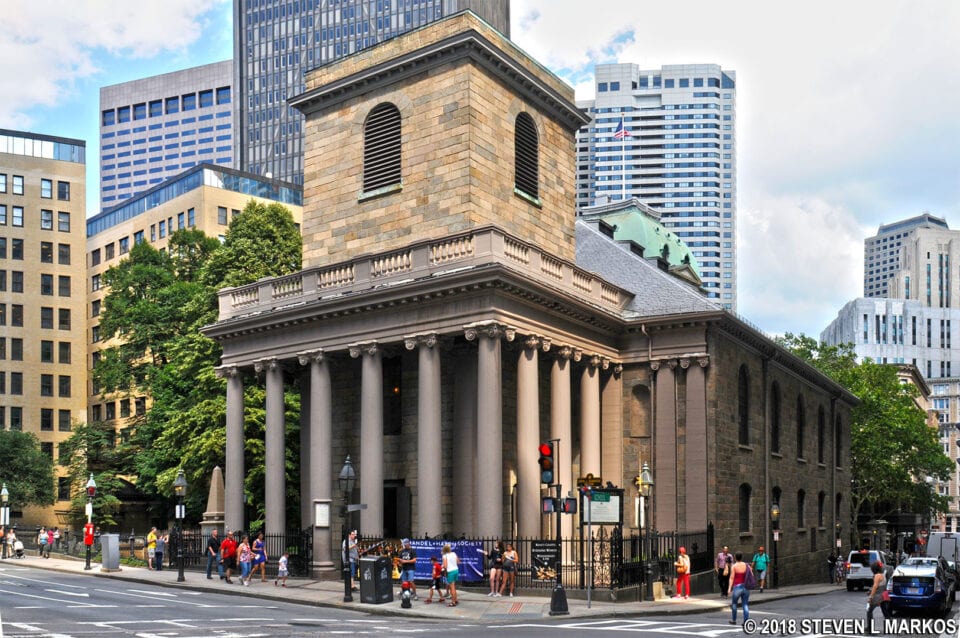 King’s Chapel was built in 1688, to serve the British officers. The chapel was constructed on the towns burial grounds since it was a non-Puritan church they were unable to get anyone in Boston to sell them the land. It was used by the King’s men who occupied Boston to enforce British law. The church was later redesigned and completed in 1754, however the steeple was never finished. The interior is in the style of Georgian church architecture. The bell that rings today in the chapel was cast by Paul Revere.

The burying grounds next to the Chapel was Boston’s first cemetery and contain the remains of John Winthrop, William Dawes, Jr., Elizabeth Pain (Inspiration for the Scarlet Letter) and Mary Chilton, the first woman to step on Plymouth Rock.