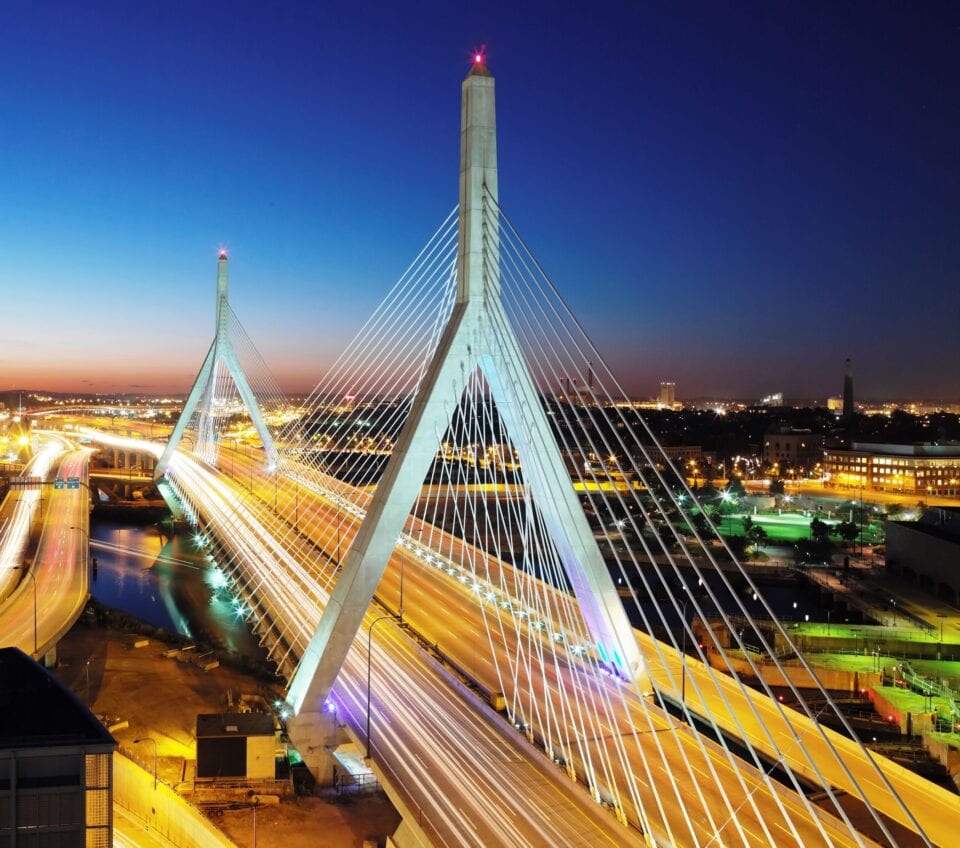 Leonard P. Zakim Bunker Hill Bridge is the widest cable-stayed bridge in the world, as well as the first “hybrid” cable-stayed bridge in the United States, using both steel and concrete in its frame – memorializing both the Battle of Bunker Hill and late civil rights activist Lenny Zakim. Cost $105 million. The Bridge serves as the northern entrance to and exit from Boston.