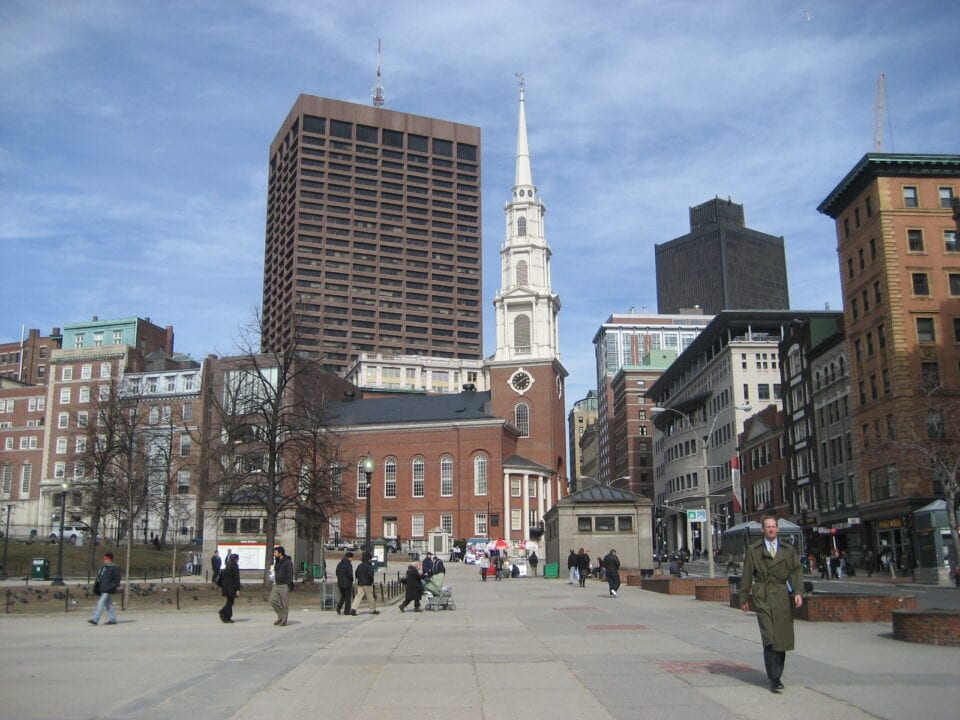 Park Street Church was founded in 1809. The steeple reaches over 217 feet and for many years was the tallest building that travelers coming into Boston would first see. The Church was the site of the famous speech from William Lloyd Garrison against slavery, and where America by Samuel Smith, was first sung. The corner of Park and Tremont was often called Brimstone Corner, named for the Gunpowder that was stored in the Basement of the Church during the war of 1812.

Lincoln Center for the Performing Arts