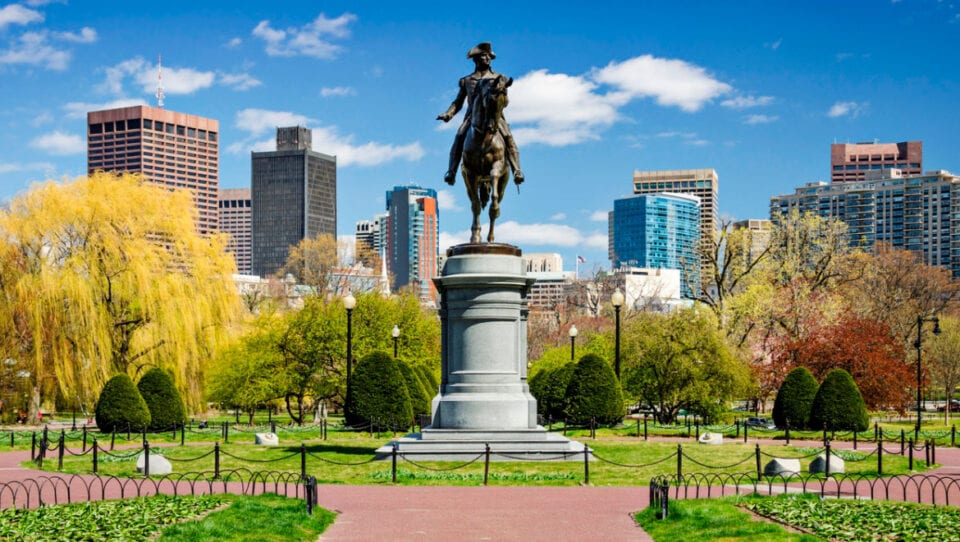 Boston Common, the anchor for the Emerald Necklace, is America’s oldest park, located in the heart of the city it covers roughly 50 acres. It was originally used as a common pasture for grazing cattle, and an area where the early militia would practice. Owned by the townspeople of Boston, the British actually used it as an army camp during the occupation of Boston. Since then the Common has been the site of hangings, duels, public celebrations. Highlights of the Park include the Frog Pond, Central Burying Grounds, Soldiers and Sailors Monument, Boston Massacre Memorial, and the Information Kiosk. Begin your tour of the Freedom Trail at Boston Common.