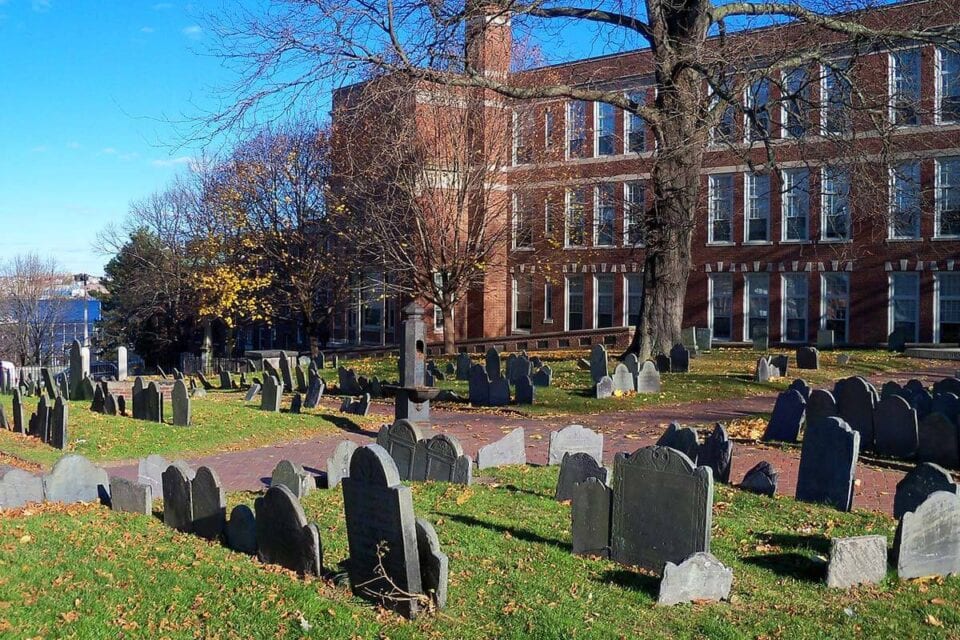 Copp’s Hill Burying Ground is Boston’s second oldest burying ground. It was founded in 1659 as Windmill Hill. The area got its name because a a shoemaker, William Copp, once owned the land. Copp’s Hill Burying Ground is the final resting place of merchants, artisans and craft people who lived in the North End. Located on a hill on which a windmill once stood, the land was given to the town.

The grounds are also the final resting place of thousands of free African-Americans who lived in a community on the current Charter Street side of the burying ground, called the “New Guinea Community.” Because of its height and panoramic vistas, the British used this vantage point to train their cannons on Charlestown during the Battle of Bunker Hill.